Proverbs 27:17 Iron sharpens iron, So one man sharpens another.

We live in a nation void of real fatherhood. Fathers are often seen as redundant, useless, and yet, there has never been a time when fathers are needed in strength. Is it because men have not taken the responsibility of becoming a man? What does that even look like? 1 Cor. 13:11 When I was a child, I spake as a child, I understood as a child, I thought as a child: but when I became a man, I put away childish things.
If TV were to be believed, every father image portrayed is a pathetic buffoon with the spine of a noodle or a narcissistic loser at the mercy of a super mom and other women who have it all together. The scripts written for these mentally indigent males pretending to be men and fathers are written to make them look like one of the idiot children that poor old mom has to tolerate throughout her long and arduous life. Everyone laughs along with the prompting of the electronic laughing-track trying to make the whole scene seem humorist and normal.
The sad truth of the matter is this mentally dulling entertainment is creating a normal view of who men are becoming in our time. Please forgive me for expressing such a dark portrait of our national family. I am just wrestling with the feelings that we have all become cast-members in a national sit-com of idiots where the lines of honest definition are so blurred, the pages in our life's handbook look like abstract art.

I am not perfect, as my family and friends who know me well will confirm this fact. However, I have tried to take my place in life to be as good of a father as possible for my family, church, and community. Like so many young people today, I did not have a father to teach me the rights and wrongs of life. However, I have been fortunate to have had men in my life who helped me become the man that I am today. These men who sharpened my understanding of righteousness and helped create a strong and forthright character within my soul were not themselves perfect men.
What they had was that extraordinary trait of strength in their lives that comes from manning up in life. Prov. 27:17 Iron sharpens iron, So one man sharpens another. Oh, that all young men today would have the same blessing in life I was favored with. That someone with righteous understanding would come their way to help them believe in the love their heavenly Father has for them. Heb. 12:9 Since we respected our earthly fathers who disciplined us, shouldn’t we submit even more to the discipline of the Father of our spirits, and live forever?

When we have someone in our lives who believe in us we are able to soar into uncharted waters without the fear of failure. There is strength in having a father image in our life who encourages us to achieve and become better people. Col. 3:21 Fathers, provoke not your children to anger, lest they be discouraged.
To hear grandparents tell it, their grandchildren are perfect and vice-versa the grandchildren think great things because they often feel they are backed up by their grandfather. Prov. 17:6 Children's children are the crown of old men; and the glory of children are their fathers.
We all need real father images to influence us throughout life. We have had enough of the negative images of the insolent hockey dad type who embarrass their children in public without real cause. We need real men of integrity and honesty. We need men in this nation who will man up and say, "Here I am Lord, use me."
God, our heavenly Father, wants a relationship with each and every one of us. 2 Cor. 6:17 Therefore, "Come out from them and be separate, says the Lord. Touch no unclean thing, and I will receive you." 18 and I will be a father to you, and you shall be sons and daughters to me, says the Lord Almighty.” A lot of people have a hard time trusting in the Father's love because of the events and experiences they had with their own fathers. God is not an abusive father who lashes out in cowardly behavior toward his children because of spilled milk.
God loved us before we spilled the milk, so to speak, and still loves us afterward while cleaning up the mess. Rom. 5:8 But God showed his great love for us by sending Christ to die for us while we were still sinners.
The Lord Jesus manned up when he was crucified for us to give us everlasting life and a relationship with God the Father. Surely we can man up and accept His love and gift so that we can pass it on to our next generation. Jer. 31:3 The LORD appeared to us in the past, saying: "I have loved you with an everlasting love; I have drawn you with unfailing kindness. Thank you so much for your kindness toward us Father God. You are a good God.
Posted by sirnorm1 at 05:48:00 1 comment:

If Not Now, When?

Proverbs 19:21 There are many devices in a man's heart; nevertheless the counsel of the LORD, that shall stand.


Definition of delusion: A delusion is a false belief that is based on an incorrect interpretation of reality. A person with delusional disorder will firmly hold on to a false belief despite clear evidence to the contrary.
As strange as it sounds, the above definition seems to be describing the world system and all the beliefs that go along within it. The word of God says that the heavens declare the glory of God and yet God is not believed or even acknowledged. Psalm 19:1 The heavens are declaring the glory of God, and their expanse shows the work of his hands.
When an unbelieving man wants to be a denier concerning the existence of the only wise God, then he himself chooses to be delusional in his response to the obvious facts of God's creation staring him in the face. God never debates with the unbeliever, whether God is or is not. God simply says to have a taste of Him and they will know where the blessing of life is. Psalm 34:8 Taste and see that the LORD is good; blessed is the one who takes refuge in him.
These people choose self-denial and self-delusion in order to live the way they want; without code in life or responsibility of life toward anyone or anything. They think they can protect themselves from hurts and grief by simply rejecting the responsibility of life that sometimes brings challenging and emotional events. They are basically saying, "I do not acknowledge God, therefore, I am free from His expectations of me." Rom. 1:21 Because that, when they knew God, they glorified him not as God, neither were thankful; but became vain in their imaginations, and their foolish heart was darkened.
In the early 1980's I was ministering in the prisons of New South Wales, Australia. I met a lot of inmates who had convinced themselves it was the fault of others they were incarcerated. They sometimes rationalized that they had little to do with the fact that they had robbed the bank, stolen the cars, or had committed other crimes. They were always sorry for getting caught and if they had another chance they would not get caught the next time. This self-delusional conversation went on most of the time. When I did meet people who did take responsibility for their actions, the outcome was very different. When these people were released from prison, most of them had productive lives.

You do not have to be a criminal to be self-delusional. The fanatical religious can be as delusional as seen with Jim Jones to bin Laden. When there is a corporate scandal of immense thievery in the billions of dollars, self-delusion and greed are most often the reasons for the outright thefts as seen in corporate America over the years.
Government ministers who fall from grace per se as in their misconduct in office because of adultery, embezzlement, or hubris often are delusional because they think they are above the laws of their own country. They have talked themselves into thinking they can break the law of God and man without consequence.
Spiritual leaders who fall under similar circumstances think they have acquired some kind of spiritual get out of jail free card for their shameful actions. Gal. 6:7 Do not be deceived: God cannot be mocked. A man reaps what he sows. There is grace and forgiveness for all the above sins and thank God for that. However, there are consequences in life for all the choices that are made by each and everyone of us. Deut. 30:19 I call on heaven and earth as witnesses today that I have offered you life or death, blessings or curses. Choose life so that you and your descendants will live. Therefore, let us be forthright in our choices.
God asks us to have our minds renewed with the word of God because God's word is what will help us overcome deceptive visions of grandeur inspired by self-delusions. Rom. 12:2 Do not be conformed to this world, but be transformed by the renewing of your mind. Then you will be able to discern what is the good, pleasing, and perfect will of God. God's word strongly imprinted in our minds will help us know what God wants for our lives, because the word of God will eventually make its way to our heart and we will know what to do in life.
We do not have to be mesmerized by every whimsical and delusional idea that floats by. We can make intelligent decisions toward life and all the intricacies that it offers. We will be able to discern between good and evil and not crash our lives while trying to figure out difficult decisions. Heb. 5:14 But strong meat belongs to them that are of full age, even those who by reason of use have their senses exercised to discern both good and evil.
In essence, we will be able to grow up in the Lord and in our thinking. 1 Cor. 13:11 When I was a child, I spake as a child, I understood as a child, I thought as a child: but when I became a man, I put away childish things. Look for the wisdom of the Lord and grow in His grace. God is our hope and we need not be ashamed, because the word of God is the power of our salvation and life. Rom. 1:16 For I am not ashamed of the gospel, because it is the power of God that brings salvation to everyone who believes: first to the Jew, then to the Gentile. Believing in God's word is not delusional, it is righteous and good living. Amen.
Posted by sirnorm1 at 07:49:00 No comments:

Noticed, But Not Seen 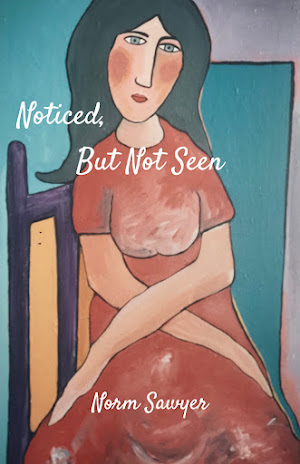 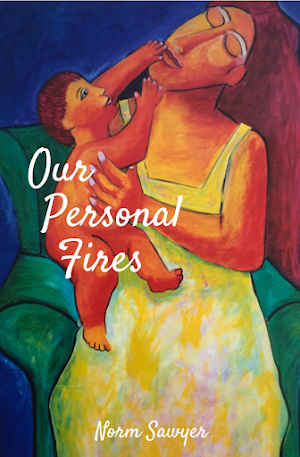 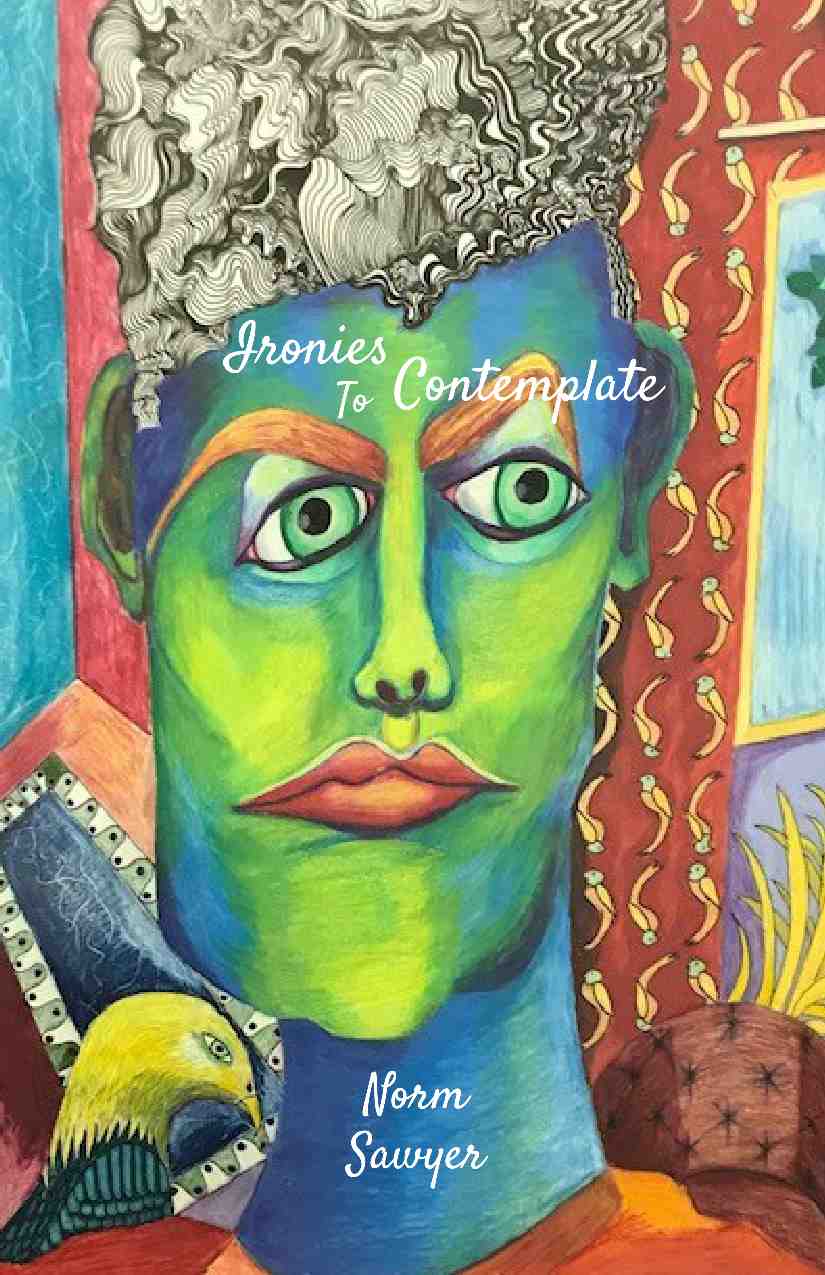 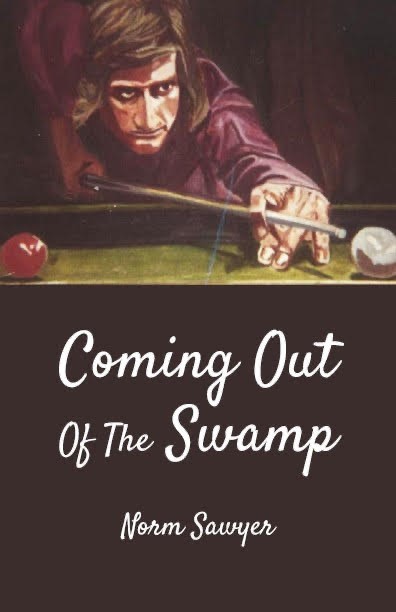 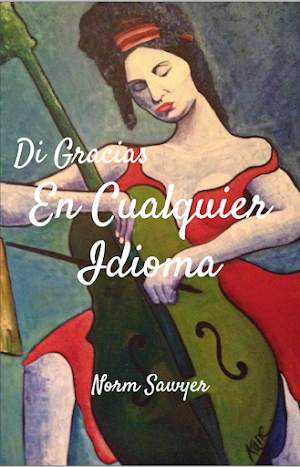